The Most Breathable Men's Underwear

The Most Breathable Men's Underwear

What the best men's underwear does differently

When you shimmy into your favorite underwear, you need it to do several things perfectly.

Number 1: a great pair fits you perfectly, giving you support where you need it and ample room where a little more space is required.

Number 2: for daily wear, the fabric must be soft and non-irritating. Chafing, as we all know, can ruin an otherwise glorious day.

Number 3: that fabric has tobreathe. It's not enough for men's underwear to be soft and supportive. If your tighty-whities and boxer briefs aren't made with breathable fabric, you'll find your nether regions uncomfortably hot and damp. Not only is this uncomfortable, but heat and moisture over time will increase the risk of skin infections and even reduce the motility of your sperm. The history of human civilization could be told in the fabrics we've used to clothe ourselves.

First, there was no such thing as manufactured fabric. Pelts from animals were the only available garment.

Then, around 100,000 years ago, we first began creating felt. Better than nothing, but not exactly breathable. 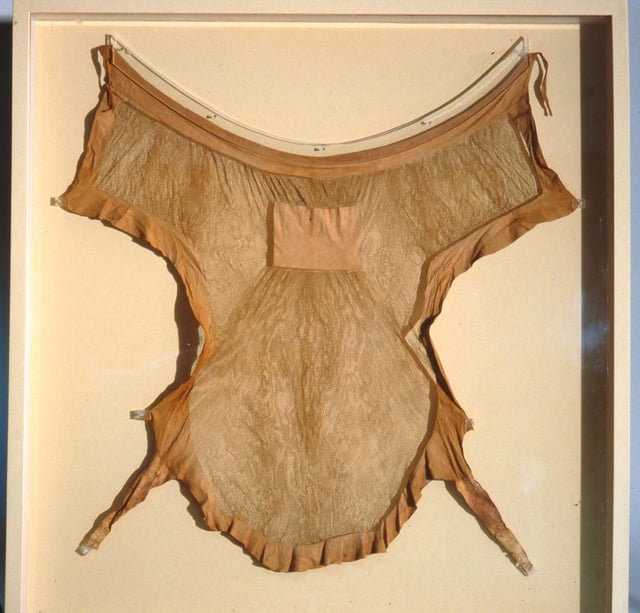 Fast forward to 5000 BCE, and four fabric-making traditions were beginning to take shape around the globe: linen, cotton, wool, and silk.

These were a massive leap forward in technology, and the improvements have kept coming ever since. Now, you can buy organic cotton, merino wool, luxurious linen, and silk (in actually affordable underwear). Each fabric has unique qualities with advantages and disadvantages.

And while you could try them all, searching for the best men's underwear in all of these traditional fabrics, modern technology has borne even better solutions.

The result? The best underwear ever made.

It would be made of breathable fabric, with moisture-wicking technology that ensured dryness all day long (even when used as athletic performance underwear).

It would keep you cool where it matters most, even with an elevated body temperature.

It would be soft and stretchy, accommodating even a snug fit without losing its shape.

At Crossfly, we posed this question and couldn't rest until we had an answer.

And it led us to this - our underwear is made with a perfectly balanced material mix and meticulous design that makes them the most comfortable underwearwe'veever worn. You don't need to take our word for it: 9/10 customers say Crossfly underwear are the best underwear they've ever worn.

The most breathable mens' underwear

Here are the innovations we've built our underwear on -

An ultra-discreet double layer of Micro-Modal fabric increases the moisture-wicking capability of our underwear. Miraculously thin fabric keeps it light as the breeze.

Our pairs have anti-microbial technology built into the fabric, eliminating odors at the source and keeping harmful bacteria at bay even when you have to wear your pair for long and strenuous activity (or simply need to lounge at home all day).

Not only is our underwear made of the most breathable fabric yet invented, but we've also incorporated strategic mesh paneling, increasing airflow and allowing body heat to escape in the most efficient manner.

It's where we get our name. A horizontal fly just makes a great deal more sense than the conventional, "y" shaped fly opening at the front of your common boxer short. Ease of access means more comfort and less hassle. It's impossible not to mention. Every single pair of underwear we make is invested with these innovations (and more). We weren't content with underwear that did only one thing well, and that uncompromising attitude has led us to make top-of-the-line skivvies that reside at the pinnacles of comfort, versatility, design, and yes - breathability.Try them yourselves, we promise they won't disappoint.